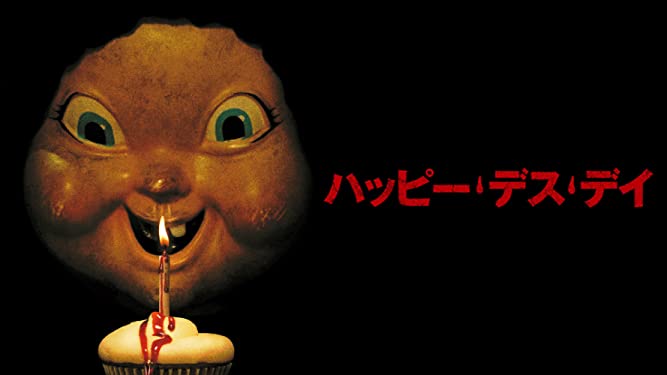 Image pull site for this article：eiga.com

Resist the fate of death!

If I don’t uncover the mystery of the baby mask that kills me, tomorrow won’t come!

He’s had a string of new horror hits, including “Get Out” and “Split”
Here comes Happy Death Day, the hellish time loop horror from production company Blumhouse!

The film is a horror film that was released in the United States in 2017.
The film is directed by Christopher B. Landon, the director of the “Paranormal Activity” series.
The film stars Jessica Rothe (La La Land) in the lead role.

This is a masterpiece horror film about a picture-perfect slut college student who confronts a brutal murder case she was involved in on her birthday. 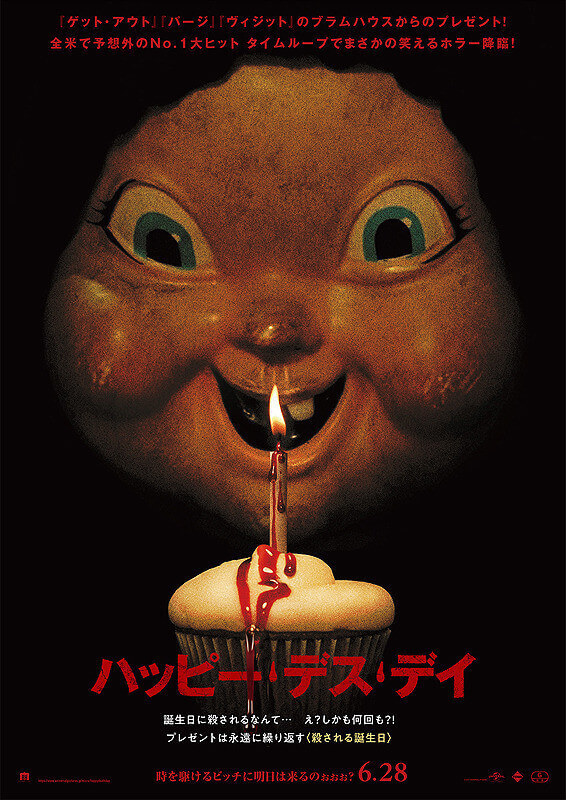 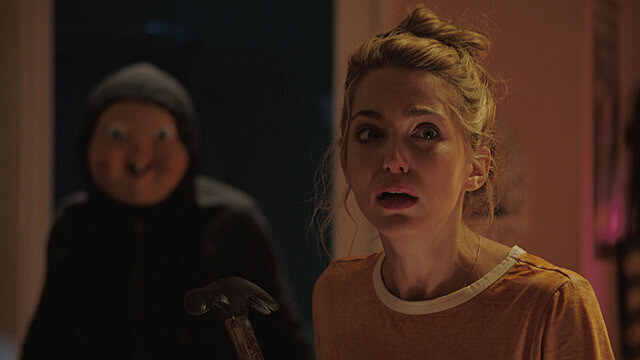 On Monday, September 18, Tree wakes up in Carter’s room in the same residence hall.

This day was Tree’s birthday, but due to last night’s overindulgence, Tree’s physical condition and deadline did not seem to be excellent.

Ignoring the hustle and bustle around her and the teasing of her male friends, she returns to her dorm room.

Even though his roommate, Lori, condemns him to go home in the morning, he gets a birthday cake from her.

Tree throws it in the trash and heads off to his college class.

Tree enjoys an affair with a married Professor Gregory after getting his clothes soiled at a sleazy meeting with a conscious man.

That night, Tree heads off to the party, only to find a strange music box in the tunnel along the way.

The tree shouted at him to stop his laughable mischief while listening to the Happy Birthday song playing from that music box, but there was no reply from the surrounding darkness.

A creepy masked person approaches behind the tree to check the music box.
He held the knife in his hand.

When Tree realizes this, he shouts for help and runs away, but he is slaughtered with a knife.

The moment he is killed, Tree jumps up in bed.

The bed was the same bed in Carter’s room as the one where Tree had awakened on the morning of the day he was killed.

Checking the date on my phone, the date is Monday, September 18.
It was the date the tree was supposed to have been killed. 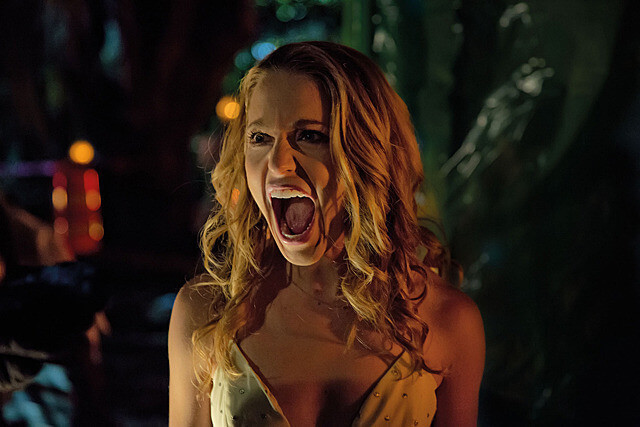 It’s very interesting to watch as Tree slowly gets closer to the real killer of his own murder!

If you can’t find the killer and he kills you, the game is over.
We started over that morning.

I like the tree more and more as it becomes bolder in its actions.

At first, I don’t like her because she’s a typical bitch, like a sample of a woman being killed in horror.
It’s a great depiction of how she’s coming to terms with herself and growing up.

So before I knew it, I found myself rooting for the tree, sweating with my hands, as it tries to get closer and closer to the mystery and survive.

It’s not your average suspense or mystery, and it’s a great way to get to the killer.

There is a twist to the ending and it is very satisfying.

It’s a great piece of horror for lovers to watch together! 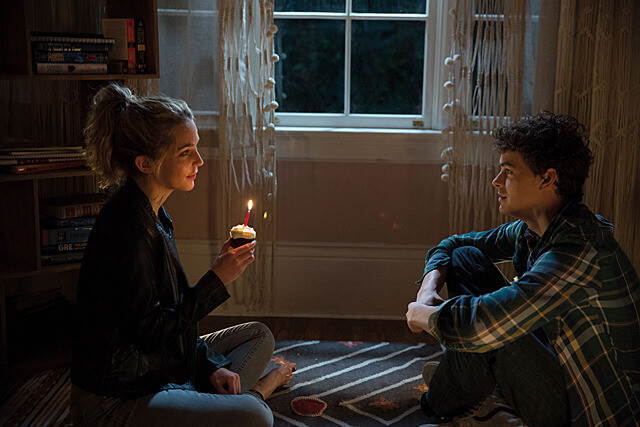 In this movie, all the foreshadowing and mysteries are collected neatly at the end, which is a great feeling.

There is a catharsis in the way that all the supporting characters and events that seemed to be just plain hijinks are well intertwined and put to good use in the end.

My favorite character is the guy who got beaten up by a tree at a party during the second loop.

I’m laughing because I feel so pathetic that I was luring the tree into the room and dancing to the music and then being killed by the baby mask with a knife behind the tree that was distracted by the phone.

My favorite part of Tree’s death is when he’s dressed in camouflage to find the killer, and when he’s staking out the suspect, he’s dropped into a fountain and killed.

I also liked the manly hanging dive from the clock tower to save Carter at the end of the film.

Carter is a good guy too, isn’t he?
It’s the only thing that makes me fall in love with Tree, even if it’s not Tree, because he believes in me and gives me advice.

The tree that bites Carter’s fart because he’s going to die anyway is the best.

Also, I admire the spirit of the tree who streaks because he’s going to die anyway.

I love developments that break up the looping stuff, don’t you?

Fate has won! I’m very moved by this attitude of resisting the great power.

I definitely don’t want to get caught in the loop myself….

Where did the setting where the body is weakened every time it is killed? (Laughs)

Tree was so weak in the middle of the game, but it fought the criminal and survived from there.
Was Tree a Saiyan with a body that got stronger every time he recovered from a near death like a Saiyan?

Well, if you have the mental T power to resist a killer that much, it’s no wonder you can beat such a setting.

Also, it bothered me that there was no mention of the mystery of the main premise of why it started looping.

I somehow accepted it as such, though (laughs). 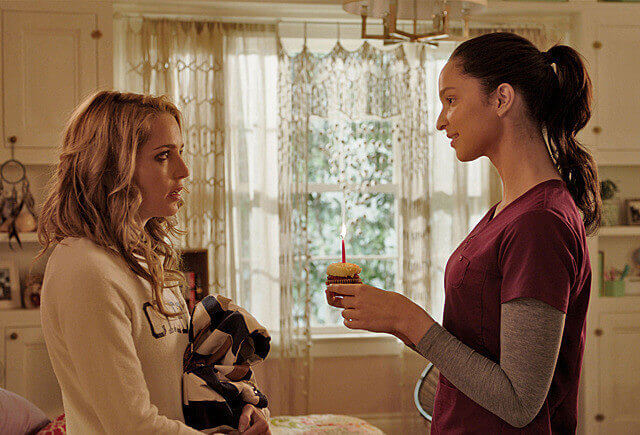 Initially, the ending of this movie was supposed to be a bad ending, but I’m really glad that everything was resolved and ended with a happy ending.

There’s also a sequel, Happy Death Day 2U. If you liked it, you should see it there too!

Incidentally, the saying “Today is the first day of the rest of your life” was popular in the United States in the 1960s.
Originally, it was the words of Charles Diedrich, the founder of Synanon, a drug addiction relief agency.

It struck me that it was also quoted in a line from a movie called “American Beauty.

But today may be the last day of your life, right?

Do you think of this day as the first day or the last day…?

The way you spend each day of your life is up to you.

How do you spend your day? 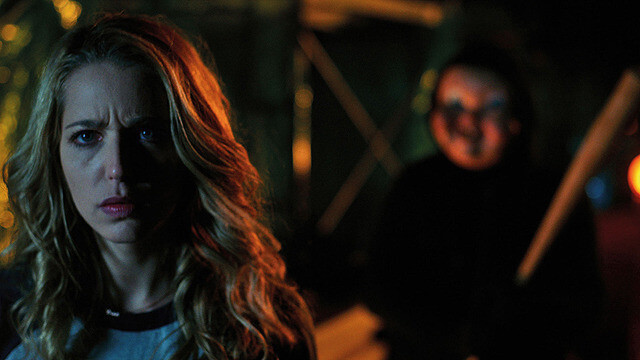 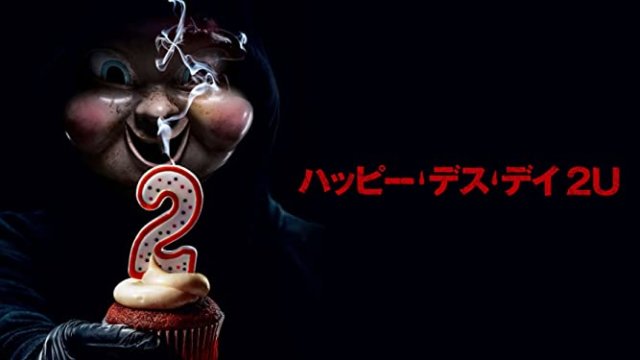 You can't choose the past, you can choose the future. “Happy Death Day 2U”