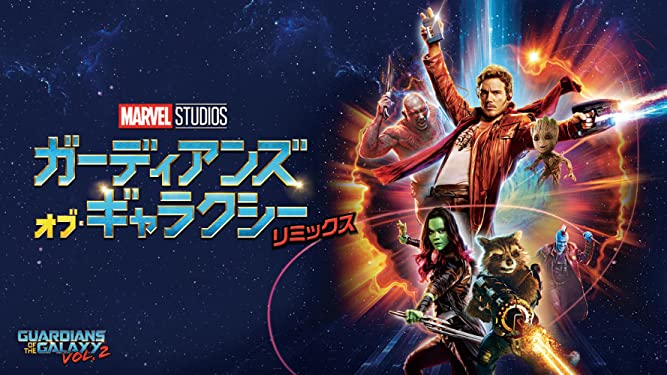 Image citation site for this article：https://eiga.com/movie/84133/gallery/9/

The Guardians of the Galaxy is back with more power!

A beloved cosmic outcast is about to get involved in this epic event, and it will be cosmic in scale!

Let’s get the vibes up to the groovy music!

”Guardians of the Galaxy Vol. 2” is the 2017 screening of the comic book of the same name. This is the second film adaptation.

If you want to know more about the previous Guardians of the Galaxy film, you can also read this article here. Come in! 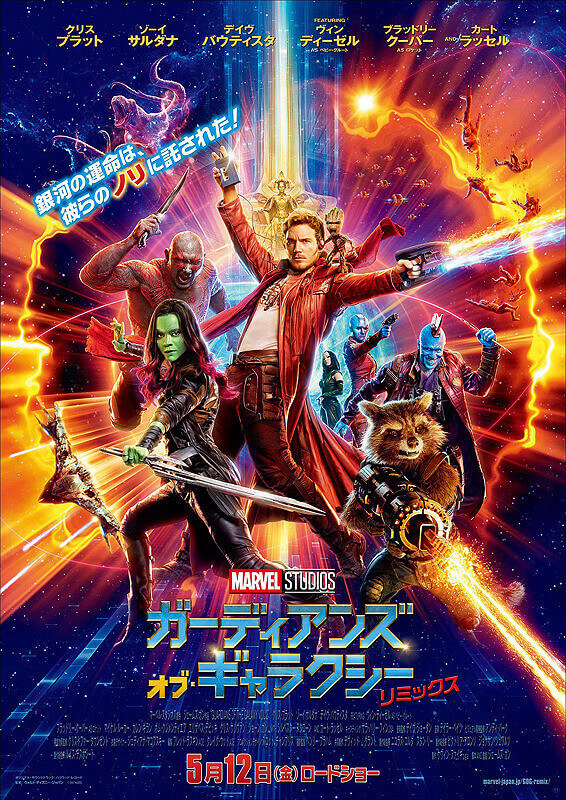 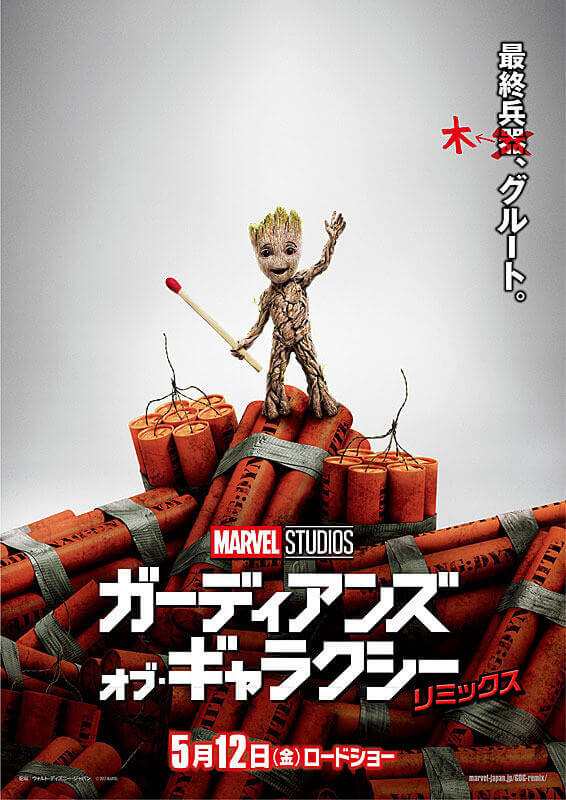 Synopsis of Guardians of the Galaxy Vol.2

The group that saved the planet Xander in the previous film and made a name for themselves as Guardians of the Galaxy.

The Queen of the Sovereign commissioned them to protect the Anulax Battery from the Space Monsters.

After successfully fighting off the Space Monsters, they took custody of Gamora’s sister Nebula, who had disappeared.

They intended to receive the bounty that was put on her.

However, on the way home, it was revealed that Rocket had been stealing the Anulax batteries, and Sovereign They are attacked by a fleet of people.

Just when it looks like they are going to be wiped out, a mysterious spaceship appears and defeats the Sovereign fleet, saving Quill and his crew.

Quill and his crew crash land on the planet Bearheart.

The mysterious spaceship that rescued Quill and his friends lands there, and a man who claims to be Quill’s father comes out of it. It was Ego.

Quill and the others are naturally puzzled by the sudden appearance of his father, who has been missing until now.

Ego invites Quill and the others to his planet.

Quill and the others decided to leave the rocket and Groot to repair the ship and half-heartedly head to Ego’s planet.

No one realizes that this is the beginning of a great event that will involve the whole universe . 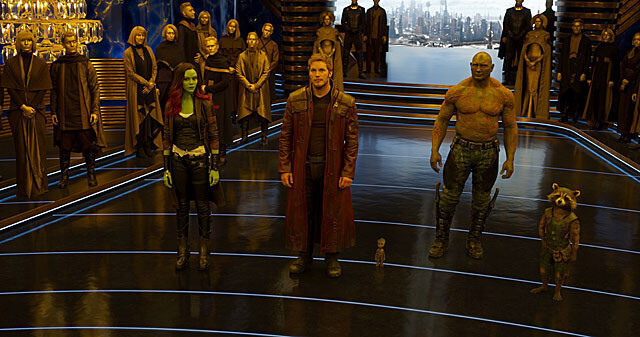 Guardians of the Galaxy Vol.2 Recommendations!

The music is still great in this one, just as it was in the last one!

And the production to go with it was even more impressive than the previous one.

Especially the opening scene with the space monster fight!

Fighting with the Electric Light Orchestra’s song “Mr. Blue Sky” playing in the background is the coolest ever seen.

And the ending is also very emotional and feeling something.

And Groot’s loveliness is a blast!

Groot was reborn small at the end of the last film, but in this film, he shows off his small size advantage.

Just watching his every move is enough to make this movie a pleasure to watch.

Best of all, the density of the film is tremendous!

There are no scenes to be wasted!

And every scene is full of fun, no matter what scene you cut out of it.

The film is over two hours long, but you can watch it without getting bored at all.

I took this movie as a “story of love”.

There are many forms of love, but each character has his or her own love, and they all have their own way of colliding with each other.

I think the theme of the film is it.

I think you should all watch this film from that perspective.

The power of love expressed in this movie is sure to knock you out too! 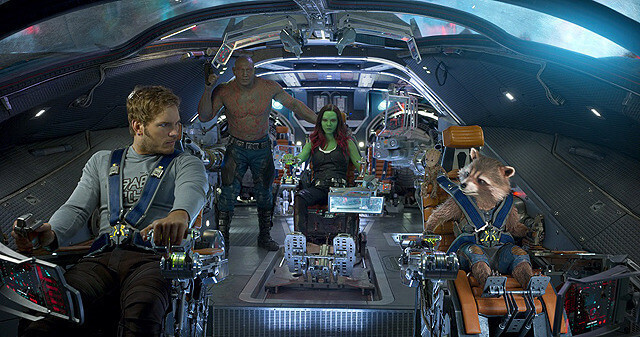 Spoilers for Guardians of the Galaxy: The Remix

The Guardians of the Galaxy, which felt like a mishmash in the last movie, really became friends in this one.

Seeing the growth of each member of the team makes the sequel worth watching.

Also, the secret of Quill’s birth, which wasn’t revealed in the previous film, is revealed, and we get to see the reconciliation between Gamora and Nebula.

The characters have been explored quite deeply in this movie.

I’m thinking that the spotlight will be on the Rocket in the next.

And after all, the MVP of this film is Quill’s foster father, Yondu!

We can’t talk about this film without him!

The image of him as the boss who bullied Quill in the last movie has changed 180 degrees in this movie.

Even the fight scenes are too cool! It’s too strong!

He’s probably the most useful in combat, isn’t it?.

In the film’s climax, Yondu saves Quill and then passes away in the end.

From there, his funeral scene was really emotional.

The fireworks dancing in space, the emotional music, the characters’ expressions, and the dialogue made me emotional.

Even if they weren’t related by blood, they were a real father and son.

It’s a great song and it’s perfect for this scene and it brings tears to my eyes.

Quill’s real father, Ego, also cared about him, which was true.

But as his name “Ego” suggests, he had become too bloated with self.

It is nothing but arrogance to look down on all life and try to take ownership of it.

It is true that he may have been a God-like being.

But he did not create all life.

He had no right to play with all life.

Quill, who had decided to live as a human, and the allied armies of the various life forms ,The Guardian of the Galaxy had defeated him.

This could have been the story of Quill’s separation from his parents and standing on his own.

The scene between Yondu and Rocket was also memorable.

When he said you (Rocket) are like me (Youngdu), there was a hint of sadness in his voice.

Perhaps he saw Rocket’s unconscious friendship with Quill, who grew up not knowing love, and layered his own feelings for Quill.

Maybe that’s where he became aware of his love for Quill.

Even the surviving Yondu’s minion was good characters.

I heard that the man who played him, Shane Gunn, is the brother of the director, James Gunn!

I liked the look on his face during the funeral scene.

And the ending scene where they practice using Yaka’s arrow, which is Yondu’s memento, was also very funny. 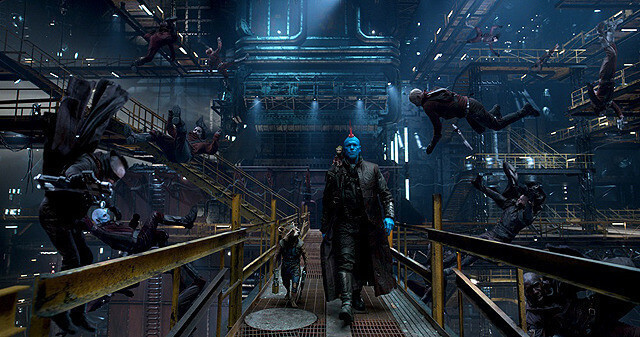 The part that caught my attention.

What the hell is going to happen to the Sovereign related!

The Queen said in the ending that she created the Supreme Being, Adam, and what kind of being is that?

I can’t wait for the sequel!

And what happens to Groot, who’s grown up a bit and has become a bit of a rebel. Ugh!

Also, I’m very curious what the hell Stan Lee was talking about when he appeared at the end of the film.

He seemed to be talking enthusiastically to the three mysterious aliens (the Watchers), but he was left out at the end. I wonder if it was okay (laughs).

Sylvester Stallone and the other Ravagers were also reunited, but that one too. I’m so curious.

I think they could make a spinoff with just the Ravagers already.

I’d rather see them make one.

The music player that Quill got as Yondu’s memento was an amazing thing that could hold 300 songs. 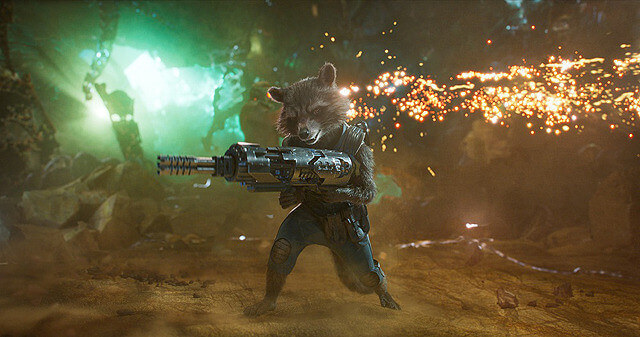 A Story of Love

I mentioned that I found this movie to be a story of love.

It’s a budding friendship and family love among the Guardians of the Galaxy’s friends.

The love between Quill and Gamora.

The sisterhood of Gamora and Nebula.

The father-son love between Quill and Ego and Quill and Yondu.

The love of life among the Guardians of the Galaxy as they try to protect life in the universe.

This film is a story of the emergence of these bonds of love and the battle between them.

There is no one form of love that is the same.

Everyone has a different kind of love.

Sometimes it clashes with each other.

In spite of the collision, we all have to come to terms with it somewhere and live with it.

This is such a story of love. 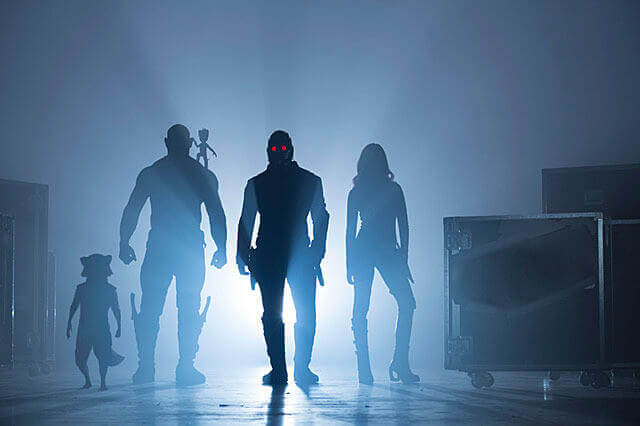