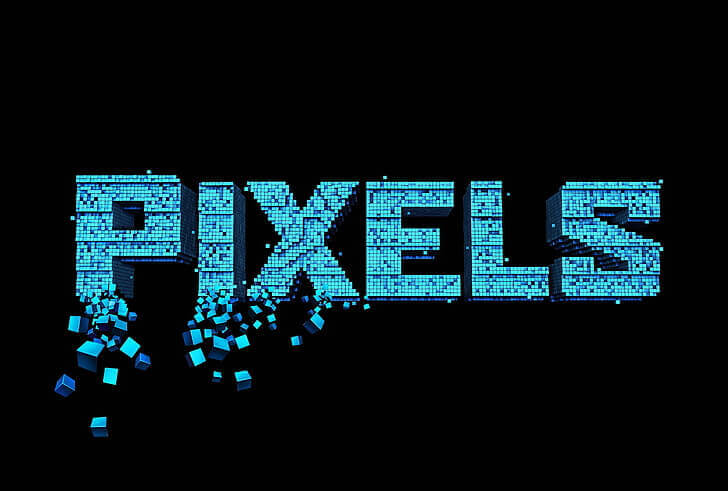 The best movie ever to hit the arcade game generation directly!

For the sake of the planet, now is the time to stand up, nerds!

‘Pixels’ is an American science fiction film that was released in 2015.

The film is directed by Chris Columbus, who has written screenplays such as “Gremlins” and “The Goonies” and has directed popular family films such as “Night Museum.

The film stars Adam Sandler, a leading man in the comedy film industry.

It tells the story of an alien attack in the form of a so-called retro game, and the protagonists fight for the survival of the Earth. 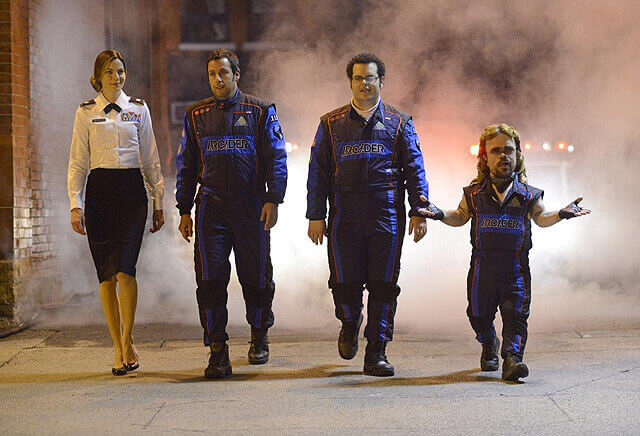 Synopsis of the Pixel

America in 1982.
Sam takes his friend Will to a newly opened, state-of-the-art game center.

It was a dreamy place full of excitement, lined with the latest game consoles that he’d never seen before.

Sam’s talent for the game blossomed there and he ended up banging out high scores in every game.

Will is amazed by Sam’s talent and encourages him to enter the world championship of the game.

Thus, Will participated in the world competition.

This tournament brought together the best in the game from all over the United States to compete for the highest score in each game.

The footage will be recorded and sent to space as a message of friendship.

At the tournament, Sam is waiting for Ludlow, a boy with no friends who has a crush on Lady Lisa, the heroine of a video game called “Dojo Quest”.

It was a man named Eddie, the “Fireblaster”.

Sam went on to win the tournament and made it to the final.

The final was a one-man showdown between Sam and Eddie.

That competition is “Donkey Kong.

The match was heated and a fierce battle was taking place.

And it was time for a showdown.

At the last minute, it was Eddie who had defeated Donkey Kong and rescued Pauline.

Sam was almost defeated by Eddie.

Sam is frustrated and walks away, but his best friend, Will, encourages him that one day you will become a big man and turn the world upside down.

Time had passed since then, and Sam and Will had become uncles.

Sam is a dumb technician at Nerd Electric, and Will is, lo and behold, the president.

They report on each other’s progress, and Will tries to rouse Sam, but Sam, who is completely exhausted, pushes him to the brink.

On the contrary, Will’s unpopularity is ridiculed.

Meanwhile, Andersen Air Force Base in Guam is suddenly and mysteriously attacked.

Any matter that comes under that attack is transformed into cube-shaped blocks (pixels) and broken down into pieces.

Meanwhile, Sam was on his way to work as an Nerd electrical contractor.

he was asked to set up the TV and gaming environment at home, and the destination was the home of a recently divorced single mother.

Mattie, a child of the house, said that her mom had cuckolded her dad to a young Pilates instructor.

After finishing his work, Sam looks for his mother, hoping to get her signature, but she’s holed up in the closet at home, drunk with grief.

The more she complains, the better she and Sam get along, but when Sam tries to kiss her, she’s rebuffed.

Having ruined the atmosphere, Sam leaves with a sarcastic comment to her, but then he gets a phone call from Will.

Will calls Sam to the Oval Office right now.

That’s how Sam, a retro game geek, starts a game for the survival of the Earth…

highlight of a pixel

If you’ve ever been to a game center in the 80’s, you’ll love this movie.

It’s like the minds of people who were addicted to video games at the time were embodied.

Some of the game characters are unfamiliar to Japan, but many of them were hits in Japan as well.

Let me introduce the game that appeared in this page.

They are the eminent members of the group.

Just looking for these characters is enough to make the movie end quickly.

In addition, the voice actors of the Japanese dubbed version are one of the highlights of the film.

I know some people have their reservations about Shingo Yanagisawa as the main character, Sam, but I personally enjoyed the film a lot.

I didn’t realize at first that he was dubbing the film because it was mainly a subdued performance that was different from the original image of the bottomlessly cheerful Shingo Yanagisawa.

Akira Kamiya also made full use of his talents in his performance, which was very enjoyable to watch.

If you don’t mind dubbing, I recommend you watch the Japanese dubbed version as well!

I like the depiction of the old arcade in the beginning.

It’s a place filled with dreams, and the moment you enter a game center, you feel like you’ve entered another world.

I miss the old-fashioned scenery of a game center, where I used to write notes on a notebook attached to the side of a game console.

The image of the declaration of war from the aliens was also good because it reminded me of “Ultra Q” in a weird way.

The androids at the US military base with the back of their heads showing off their mecha are a retro-futuristic and exciting thing to see.

The man who was proposing in India in the second stage is also good.

The developer of Pac-Man was also in the show until the ending, so there was a sober push.

The actor who played him was Dennis Akiyama, but Iwatani himself, the developer, also made a cameo appearance as an engineer.

And the best part is that it’s Ludlow!

I think it’s safe to say that this is the main character behind the film.

Even in the scenes that he appears in as an adult, he’s so outrageous that you can tell he’s a bad guy at a glance.

He steals the lead role on the screen by cursing like Sergeant Hartman in front of the soldiers and showing off his beautiful voice at a party.

I’m really glad he ended up with Lady Lisa at the end.

But is it okay for babies to be a Q-Bart? (Laughs)

Eddie had a great character, too!

At first, he was an unlovable bastard, but eventually he reformed and became an unlovable guy who fights for humanity.

In addition, I enjoyed the free-spirited ad-lib dubbing by Akira Kamiya in the Japanese dubbed version.

Also, the ending is really good!

Both the English and Japanese versions have a good taste!


The ED video was also full of 8-bit feel and it was fun to watch by itself. 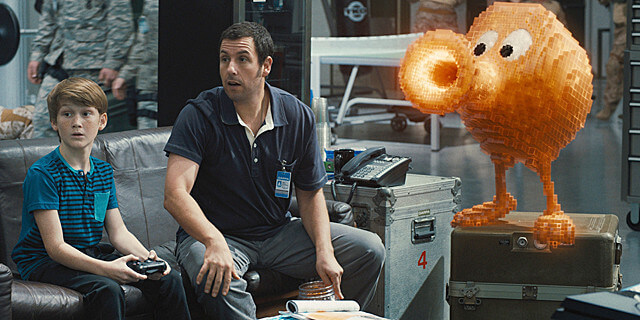 I honestly thought the boyish Will at the beginning of the film stealing the sales money of a girl selling roadside lemonade was too much (laughs).

It seemed to have a lot of coins…

Also, it’s true that Sam and the others are experts at the game and know the patterns of the enemy’s movements, but their physical abilities are too high for that.

I wonder if Serena Williams was really good in a role like that (laughs). 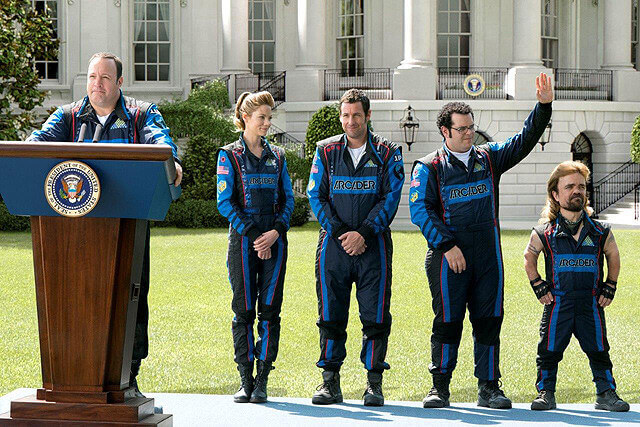 I don’t know what will help me in life.

Even if you think you’re wasting your time, you might be able to save the world someday, somewhere.

Lastly, I would like to end by introducing the video that is said to be the original source of “Pixel”. 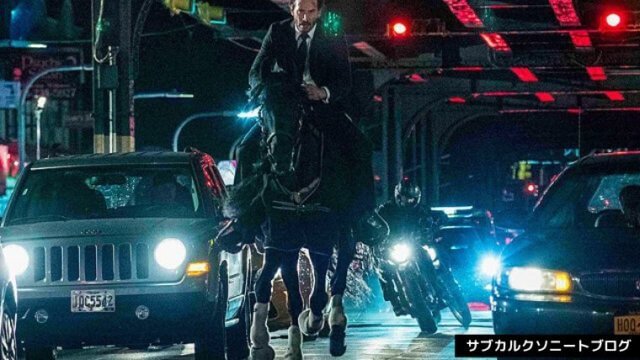 This time the world is against him. “John Wick: Parabellum”